Retaining momentum in the fight against modern slavery 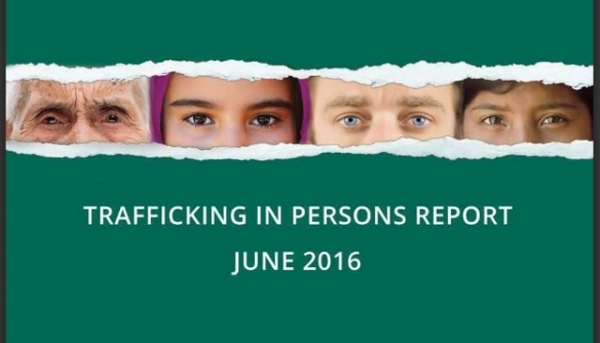 It is seldom that those who are enslaved encounter much by way of good luck. This is not always the case however. Since about the year 2000 immense work has been done to further the plight of the world’s victims of modern slavery or human trafficking. Public awareness of the phenomenon has improved beyond all expectations. International conventions and protocols have translated into first generation national policies and meaningful action plans. Specialist training has, and continues to be, delivered to police forces who are more sophisticated in their approach. Other specialist units have been established to deal with victims in the aftermath of exploitation. First generation laws have begun to morph into even better second generation ones. Public reaction has progressed from social awareness, to activism, and towards understanding. All of these changes are positive developments. They have come slowly and only through persistent effort. The number and variety of bodies who have made the transition in the fate of the world’s slaves possible is too big and too varied to allow them all to be mentioned. Among them however is one of particular importance and one whose role must remain to the fore if the fight against modern slavery is to retain its momentum.

Ever since it received its mandate through legislation to act on slavery, the U.S. Department of State has been a guiding force in promoting the welfare of victims. Through the work of its Office to Monitor and Combat Trafficking in Persons, situated in Washington D.C., a global partnership has been forged. Charities, non-governmental organizations, and state bodies working on the issue no longer work in isolation, but in loose co-operation with the Department of State through its vast network of embassies. Through its various meetings, events, and communications it has provided an important forum, one where the local efforts encounter international ones certainly, but one too where local efforts addressing one element of the problem encounter local efforts addressing other elements. Yearly it has produced the Trafficking in Persons Report. Such is the importance given to the document that its release is now a noteworthy annual event, one reported in the world’s newspapers every June. To add emphasis to these efforts the Department of State ensures that none other than its own Secretary of State launches the report.

Anybody who has attended these launches, or viewed them online, cannot but be struck by the sincerity of the passion, and optimism of the energy, directed towards helping victims. Aside from the attention the launch of the Trafficking in Persons Report brings to slavery’s reality and to the plight of slavery’s victims, what lies between the report’s covers is of perhaps even greater significance. No effort is spared by the State Department in gathering the global happenings from each of the world’s countries during the previous year. By collaborating with local partners every detail is gathered, collated and carefully cross-checked. No country, not even the United States, is spared this scrutiny. Most importantly this process allows recommendations to be made for individual countries, including the United States, to be published in the next Trafficking in Persons Report, ones aimed at improved prevention, protection and prosecution.

What is clear is how the energization of efforts to combat modern slavery come not just from policy and legislation, but from commitment and leadership. Of central importance to these efforts is America’s Ambassador-at-Large to Monitor and Combat Trafficking in Persons. Great strides have been made globally during the tenure of the previous ambassador Luis CdeBaca, and during the tenure of present ambassador Susan Coppedge, through their commitment and their leadership.

So much has been said during the course of the America’s presidential election it is hard to conceive there are things remaining unsaid. Sadly this is the case, as throughout the campaign there was no debate on one of the world’s foremost criminal industries. Will modern slavery, or human trafficking, continue to be a priority for the new administration in the way it was a priority for previous ones? Will the administration continue to progress the agenda of earlier Republican and Democratic administrations? Will it show the same levels of commitment and leadership? Even now, when the matter of the presidency has been settled, an unfamiliar cloud hangs over position of the incoming administration. It is certainly the case that those who are enslaved seldom encounter much by way of good luck, but it would be a fatal blow if the incoming U.S. administration were to hesitate in its efforts to help them, especially now when so much has been achieved.

More in this category: « What is human trafficking? Modern slavery in Ireland » 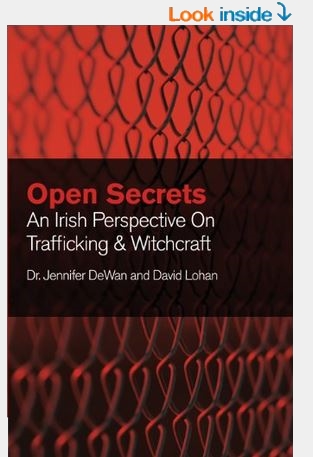 The United Nations Office on Drugs and Crime pointed out that most of those trafficked end up becoming victims of sexual exploitation, forced labor or ...

END IT Movement is a collective of everyday people united by the hope that we could put an end to slavery and human trafficking in...

“On the issue of forced organ harvesting, the international community has remained silent despite the evidence for far too long,” said Kristina Olney, ...

... decided to take the class with her daughters. Nied works with a ministry called Redeemed Alabama, where she rescues victims of human trafficking.

Exploitation on the construction site: 38 arrested in France, Romania and Moldova for abusing ...

The criminal network smuggled and registered the Moldovan workers in France with fake documents while keeping their real passports as a ...

As a child soldier, culling troublemakers in orbit, he once saved the life of a little girl, adopted her, was ostracised for it, hit the...

Passport To The Couch

... mac'n'cheese, and to Monrovia, Liberia, where a former child soldier brandishes a human skull over his head before offering to share a bowl of...

A Harris County district judge and a Houston appellate court rejected arguments that the suits are barred under section 230 of the CDA and allowed ...

... of the founders of a multi-agency human trafficking coalition that supported the Pomona Police Department's efforts to rescue women and teenagers ...

... story underlying the dispute involves the police department's investigation of allegations of human trafficking at the East Spa, located in Vero Beach.

Honduran president says US probe of his alleged drug ties could scuttle cooperation with ...

5, said Hernandez used Honduran law enforcement here and military officials to protect drug traffickers as part of a plan “to use drug trafficking to...

Shah says he learned about the illegal kidney trade in western Herat, where he, like many others, had settled after fleeing prolonged periods of ...

TIMMINS -- Timmins police say what started as an online romance turned into a tragedy: a 25-year-old woman became a victim of human trafficking.

A 41-year-old Toronto area man is in jail awaiting a court hearing in Timmins Friday, regarding several alleged human trafficking offences in this city.

... be used as blackmail to keep them from reporting domestic violence, child abuse, sex trafficking, forced labor, wage theft or other illegal activity.

Xinjiang forced labour is focus of new US legislation

Authorise the President to apply targeted sanctions on anyone responsible for the labour trafficking of Uyghurs and other Muslim ethnic minorities; ...

Report on sex trafficking in Canada reveals a surprising demographic

The trafficking corridors are both inter- and intra-provincial, and span some of the major routes taken by millions of Canadians every day. Some of ...

... and later charged them as part of an investigation that was presented to the public as a human trafficking sting rather than solicitation of...

This could mean mapping international networks that carry out human, drugs and weapons trafficking, which are currently concealing their crimes using ...

The Duluth News Tribune reports Michael Kelly West, 53, of Rolla, Missouri was charged with one count of carrying a pistol without a permit and...

Human Trafficking and How the Pandemic Plays a Role

If you or someone you know is a victim of trafficking, call the National Human Trafficking Hotline at 888-373-7888. The pandemic has halted and ...

In 2017, Leiden attended an awareness conference hosted by the International Human Trafficking Institute, a subset of the National Center for Civil and ...

Worried by the increasing number of trafficked women and girls out of Nigeria, community leaders and residents of Alimosho and Igando-Ikotun local ...

Ravanaur Gohleston, 28, of Yuba City, was charged with pimping and pandering of a minor and an adult and human trafficking of a minor for...

Defendant Was Convicted of Multiple Counts of Sex and Drug Trafficking, Several Firearm ...

Specifically, the jury convicted Bixler of three counts of sex trafficking by force, fraud, or coercion, two counts of tampering with a witness, victim or...

A few years ago, as bloody violence raged through his town, Mark, a former child soldier, wielded different tools. Tools of war and destruction.

Matthew T. Hall of Texas faces a felony charge of solicitation of a person believed to be a minor. The 32-year-old told investigators "he responded...

No parties or parades, but other possibilities remain for Purim

Tickets (NIS 20 per adult, NIS 10 per child, soldier, senior, student), are available online or at the box office near Jaffa Gate. 4) Find...

... lawyer's request—told the court via videoconference from Liberia that a rebel child-soldier had captured her from the bush and taken her to Kosiah.

Florida ranked as one of the worst states for human trafficking

However, this ranking is much darker and more unsettling than many of the others – Floridians are living in the third-largest hub for human trafficking...

The policy notes that noncitizen survivors of human trafficking are often particularly vulnerable, as traffickers know “that their immigration status makes ...

... women and children from predators, including the Human Trafficking and Exploitation Prevention Training Act. “It's unclear whether the cancellation ...

For instance, the project spearheaded by our New Jersey chapter addresses the very serious problem of human trafficking in the state.” Given its ...

Freedom 4/24 is sponsoring the event that aims to raise awareness of sexual exploitation and human trafficking across the country. The event invites ... 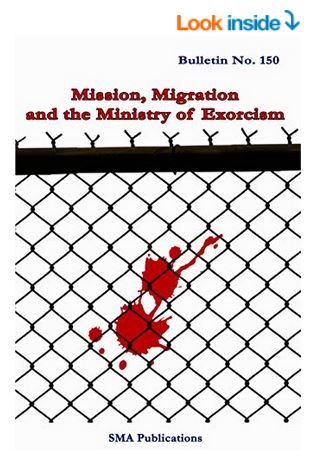